PRISA will acquire 25% of Santillana from Victoria Capital Partners 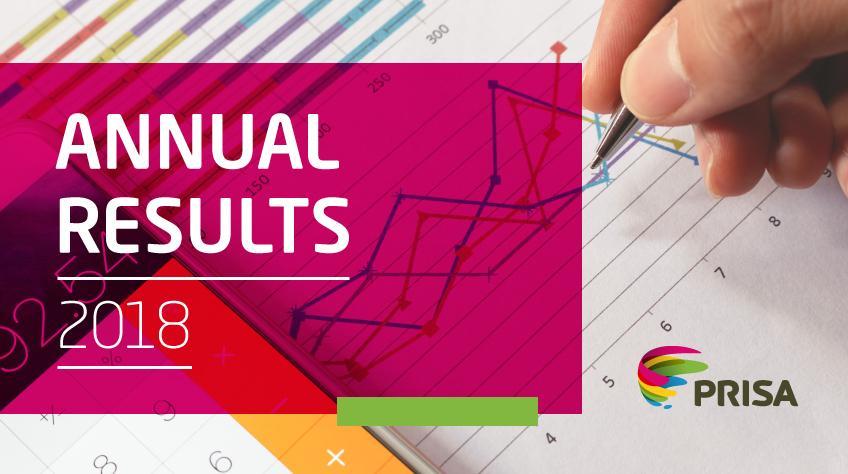 Grupo PRISA has informed the Spanish National Securities Market Commission (CNMV) of the agreement signed for the acquisition of 25% of Santillana, currently owned by Victoria Capital Partners. With this purchase, subject to the approval of the Spanish competition authorities, PRISA will own 100% of the company. The transaction will reinforce the Group's strategy, endowing it with full control of an asset, Santillana, that it sees as key to future development. The transaction also represents an enormous potential for increasing the value for the shareholders and substantially improving the cash generation.

The opportunities offered by the digital transformation and the Group’s position and growth margin in Ibero-America are the key levers for developing PRISA's strategy, which involves creating an unique and wide ranging transversal and global project in the areas of education, entertainment and news (general interest, business and sports). The future acquisition of Santillana comes at a time of very promising growth prospects for the education sector. The company is a leader in Spain and Latin America and is the only global operator in those markets.

Furthermore, Santillana has a leading position in the digital transformation of its businesses in the countries where it operates through the use of its learning systems which now account for more than 20% of total business. Thanks to these systems, Santillana has created a scalable platform that can be deployed by users everywhere who are eager to be part of the digital transformation in accordance with the needs of their students.

Given the good prospects of business growth, the acquisition of 25% of Santillana from Victoria Capital Partners will maximize the value of the asset, as well as enable the Group to increase cash generation by eliminating the annual preferred dividend of 25.8 million dollars and to add flexibility to the financial structure of the company.

The total consideration of the transaction, which is expected to be completed in April 2019, amounts to EUR 312.5 million, which will be paid in cash to the seller at the time of closing. Likewise, Santillana will pay Victoria Capital Partners the preferred dividend corresponding to its quotas for the year 2018 and for the relevant part of the year 2019 until the closing of the transaction. These amounts will be financed with funds available in the company's balance sheet as well as funds from a capital increase with preferential subscription rights amounting to EUR 200 million. Banco Santander has committed to underwrite this capital increase in an amount of up to two hundred million euros, subject to the customary terms of this type of documents.Additionally, shareholders representing 42% of the share capital have already expressed to the Company their interest in participating in the capital increase.

PRISA closed 2018 with a comparable EBITDA (at a constant exchange rate and without the temporary effect of IFRS 15) of EUR 298 million, which represents an increase of 10.3% with respect to the previous year, as reflected in figures submitted to the CNMV. This result is a consequence of the positive operating performance of the Group's businesses as a whole, which has outpaced the target provided to the markets. It should be noted that the efficiency plan has generated savings of EUR 48.5 million surpassing in a single year the target of 40 million set for three years. The positive impact of this plan on EBITDA is EUR 39.5 million.

During the asset review carried out at the end of the year, PRISA has registered an adjustment of EUR 202 million and EUR 76 million in the book value of tax credits and Media Capital, respectively, and has adjusted them accordingly to the fair accounting value of said assets. The write-down has negatively affected the net result, which was EUR -269 million, although this had no impact on cash.

Ordinary net income, excluding these impairments, is positive at EUR 45

million, representing an increase of 56% over the previous year.

By area of activity, Education shows an increase in comparable EBITDA of 3.4%, and an increase in revenue of 4.8%, despite being a year without major new developments in the Spanish market and a down cycle in terms of public education sales in the Brazilian market. Overall, Santillana’s campaigns performed well, despite the negative impact of exchange rates in Argentina, Brazil and Mexico.

With regard to the media businesses, PRISA Radio shows an operating improvement of 33% driven by robust performance in Spain (where revenue were up by 5% and EBITDA grew by 53%) and in Latin America (where revenue were up by 5% in local currency). Meanwhile, PRISA Noticias, the news business, continues to see digital growth and development as it forges ahead towards a growing and scalable digital model. The company reported an improvement in operating performance in the fourth quarter of 30% and made considerable headway with its efficiency measures. Finally, Media Capital continues to lead the Portuguese market, and saw advertising revenue growth of 3%. It reinforced its programming with rights to air the Champions League and an improved entertainment schedule. Its EBITDA remains stable with a significant growth in cash generation and a reduction in gross debt.


Since January 2018, PRISA has a had a new Board structure, with an appropriate balance between independent and proprietary directors in line with best practices

In January 2018, PRISA welcomed a new Board of Directors with a majority of independent members and a governance model better adjusted to the needs of the Group.

At the same time, a new management team was formed at Corporate level, as well as in the Press and Radio divisions.

In February, the Group saw the culmination of its capital increase, which amounted to 563 million euros. The operation was a resounding success, thanks to the firm support of current PRISA shareholders with the offering oversubscribed by 7.62 times.

This capital increase complements the debt restructuring agreement which includes the extension of debt maturities until the end of 2022 and which does not provide significant mandatory redemptions during the first three years.

Other significant events by business unit