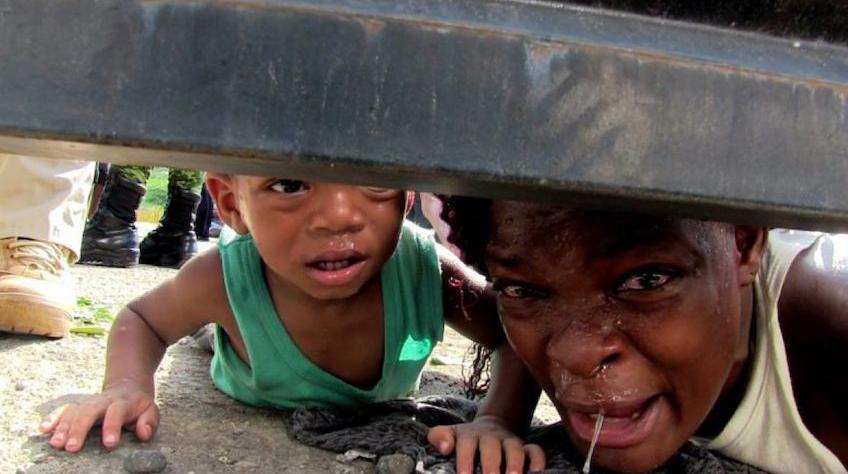 The winners of the Ortega y Gasset Journalism Awards, the most prestigious prizes in journalism in the Spanish-speaking world, have been announced. The prize-winners of this, the 37th edition of the prestigious awards, were made public by the jury, who met online.

The award for Best Report or Investigation went to Transnacionales de la fe, (Faith Transnationals) a report on the political power of the evangelical movement in Latin America. Journalists from 16 media outlets worked on the project, coordinated by María Teresa Ronderos, from the Latin American Center for Investigative Journalism, and Giannina Segnini, from Columbia Journalism Investigations.

The jury lauded “the enormous effort made to tackle a serious issue that impacts especially disadvantaged communities, whose rights, because of their beliefs or sexual identities, come under attack. This is a work of great impact and is an example of the importance of collaborative journalism ”.

Aragón, pueblo a pueblo (Aragon, town by town) won the Best Multimedia Coverage award. Pablo Ferrer and Laura Uranga were behind the project, published in El Heraldo de Aragón, which was published consecutively for 731 days and covered every single town in the region.

The jury praised "the exhaustiveness" of the project, as well as "the in-depth archival work that sought to focus attention on the issue of so-called empty or depopulated Spain". The jury also paid tribute to "the effort" of the daily newspaper which for two years tackled the subject.

The award for Best Photography went to María de Jesús Peters for her picture taken in Chiapas during the migration crisis of June 2019, published in El Universal. “It is the very picture of human despair seen up close, it shows the complete lack of hope, it shows vulnerability, those who have nothing in life, it depicts institutional violence… It brings together the details that exemplify the tragedy of the migratory crises: after initially looking into the eyes of a person behind a steel fence in the foreground, the eye turns to the military boots in the background, the soldiers’ backs turned on the mother and the child, even as the military control is made clear ”, said the jury.

In the category of Lifetime Career the winner was Mónica González, a Chilean journalist who, from 2007 to 2019, headed the Center for Investigative Journalism (CIPER). The jury praised her commitment to journalism and her work on the front line over more than five decades. “She’s a journalist to the core with an unimpeachable track record. She has thrived in difficult times and places, where being a journalist and, above all, a female journalist, was especially difficult. She truly understands the commitment to the craft from a standpoint of real humility and humanity, two qualities that shine through in all her work and projects ”.

González studied Journalism at the School of Journalism of the University of Chile. During the Allende government she worked for the newspaper El Siglo and the magazine Ahora. After the 1973 coup, she went into exile in Paris. She returned to Chile in 1978 and served as an investigative reporter for the magazines Cauce and Análisis, which were critical of the Pinochet regime. She subsequently worked as a correspondent for the Spanish magazine El Tiempo and the newspaper La Época, and served as research editor and deputy editor at La Nación. She also worked as deputy editor of the magazine Cosas and as a correspondent for the Argentine newspaper Clarín. In 2002 she founded and managed the magazine Siete + 7, which later became Diario Siete.

Sitting on the jury were: Soraya Sáenz de Santamaría, former deputy Prime Minister of Spain and partner and member of the Board of Directors of Cuatrecasas; Antonio Llardén, chair of Enagás, represented by Felisa Martín, the company's communications director; Irene Cano, CEO of Facebook in Spain; Ángela Nieto, researcher at the Institute of

Neurosciences of Alicante; Luz Casal, singer; Carlos Yárnoz, readers’ editor at EL PAÍS; Rebeca Carranco, on behalf of the EL PAÍS Journalists’ Committee; Manuel Mirat, chair of EL PAÍS and CEO of PRISA, who delegated his vote to the secretary of the jury; and Javier Moreno, editor-in-chief of EL PAÍS. Pedro Zuazua, Communications Director of PRISA Noticias, served as secretary of the jury.

The Ortega y Gasset Prizes for Journalism were created in 1984 by the newspaper El País, and are named after the Spanish philosopher and journalist José Ortega y Gasset. The prizes honor work published in Spanish-language media worldwide, recognizing, in particular, work that champions human rights, independence and rigor: in short all the hallmarks of excellent journalism.

Each award is worth 15,000 euros in prize money and is accompanied by a commemorative sculpture by Eduardo Chillida. The awards are open to written or graphic work published in Spanish-language media worldwide.