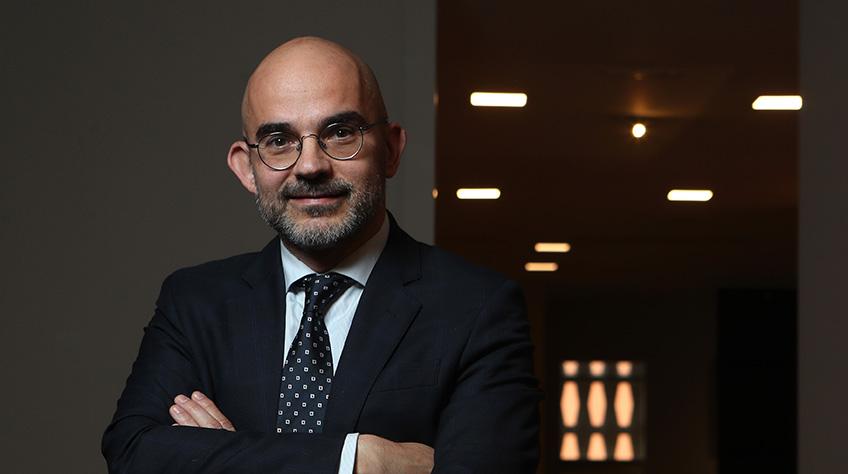 PRISA Chairperson, Joseph Oughourlian, said that “Carlos Núñez has managed in just six years to transform the business model of one of Spain’s biggest publishing groups, through a commitment to the development of new business models based on technology, with integrated platforms for the management of media and content”. What’s more, "he has been active in the local radio business and has driven change in the organizational and governance model of the company, creating much more agile structures, while also developing internal talent," Oughourlian added.

The Chair of PRISA's Appointments, Remuneration and Corporate Governance Committee, Béatrice de Clermont-Tonnerre, said that “Carlos has proven adept at reaching agreements with other publishing groups, becoming, in the process, one of the leaders of the digital and technological transformation sweeping this sector in the Spanish-speaking market. For all these reasons, we decided that Carlos Núñez was perfectly qualified to become Executive Chairperson of PRISA Media.”

Last March, the Group's Board greenlighted a new organizational structure that explicitly led to the operational separation of the Education and Media areas, each of which would have its own Executive Chair. Manuel Mirat will be taking the reins at Santillana. The appointment of Carlos Núñez as head of PRISA Media now completes the new organizational process. Both executives will be members of the Group's Board of Directors.

The Group is currently undergoing a complete digital transformation, and is taking full advantage of its leadership in both Media and Education and putting these at the core of its roadmap. PRISA Media’s project is firmly based on subscription models and the development of digital audio (podcasts), a strategy that is already yielding results as it capitalizes on the leadership of its brands (EL PAÍS, SER, AS, LOS40 and Radio Caracol, among many others).

The new Executive Chair will be focusing on enhancing the global reach of products and brands, on the further development of digital platforms and exploring their impact on the way of working, on corporate culture and on talent.

With regard to the Education business, the Group's Board believes that tapping its full revenue potential and developing e-learning platforms are key to the generation of value for PRISA shareholders. Santillana is today a 100% Latam business and is a clear leader in all those countries in which it operates. In addition, Santillana is the largest platform for e-learning systems, reaching 1.8 million students via its subscription models, a figure that in 2021 is set to increase to two million.

Its main objective is to focus on the growth and extension of subscription models to all the markets in which it operates and to effect the operational separation of the public-sector and private sales businesses to maximize the value of the latter for the benefit of the shareholders of the company.

Carlos Núñez (Segovia, 1974) is a Telecommunications Engineer with a degree from the Polytechnic University of Valencia, an Executive MBA from IESE, PA in Corporate Finance from IE and PADDB + from The Valley Digital Business School.

He began his professional career at Andersen Consulting (now Accenture). In 2000, together with other partners, he launched the Internet startup Verticalia, the first vertical industry portal for Spain and Latin America. In 2001, he joined Unión Fenosa in the area of investment analysis, and then became part of the Corporate Strategy and Development team until 2005, when he joined the international strategic consulting firm Oliver Wyman where he was appointed partner in 2012. During his tenure there, PRISA Media's new Executive Chairperson built up extensive experience in strategy and finance projects in the media, energy and telecommunications sectors, both nationally and internationally.

In 2014 he joined Spanish communication group Henneo, where a year later he was appointed general manager. He was also appointed as member of the Boards of Directors of Factoría Plural, Radio Zaragoza, Publicaciones y Ediciones del Alto Aragón, Diximedia and the IT company Hiberus. He is also an independent director of Catenon, a company listed on the MAB.