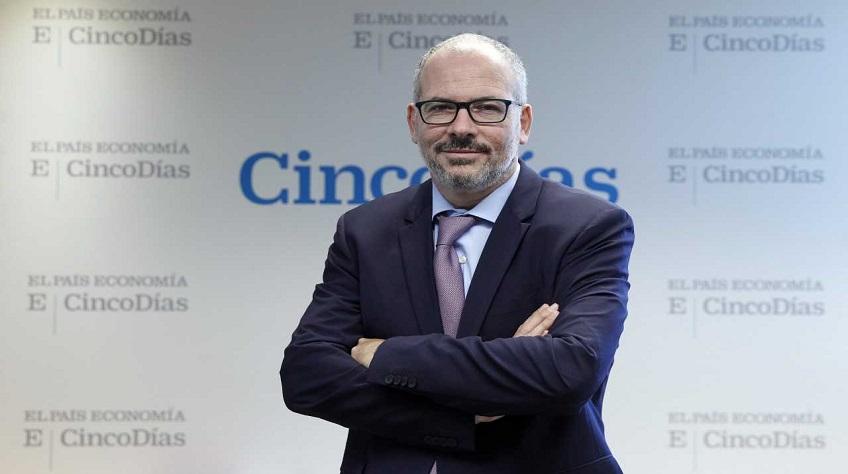 Miguel Jiménez Cabeza has been appointed Editor-in-Chief of Cinco Días. He’ll now be at the helm of Spain’s veteran business and finance daily while also staying on as a deputy editor of EL PAÍS overseeing the ​​Economy and Labor section, where he has worked since last June. Miguel Jiménez will also  lead the development of all business content provided by Prisa’s news arm, PRISA Noticias. This is a major project with both a global and up-close perspective on the economy, offering key news and coverage on business and finance to both companies and investors, as well as all the latest trends from the new, digital economy. It’s just the latest venture from the EL PAÍS ECONOMÍA project, the largest business and finance news platform in Spanish, which includes the Economy and Labor section, the Negocios business supplement, Cinco Días newspaper and Retina, the go-to site for news on digital transformation. Jiménez takes over from Ricardo de Querol, who’d held the position since March 2016 and who will now be taking a key post at EL PAÍS.


Miguel Jiménez (Madrid, 1968) holds a degree in Law and Economic and Business Sciences from the Pontificia de Comillas University (ICADE E-3) and in Political Science from the UNED. He has a Master's in Journalism from the UAM-EL PAÍS School of Journalism, and he has also completed the Management Development Program at IESE and a course on digital transformation at ESADE and the Singularity University in Silicon Valley. He began his career as a journalist on the International section of EL PAÍS, covering the Assembly of the IMF and the World Bank in Madrid, and at the magazine Dinero. In 1996, he joined Cinco Días as a writer, where he was head of the Markets section, and was then appointed chief writer on the Weekend edition and on the Companies section, and later deputy editor, until he subsequently joined EL PAÍS in 2006 as chief writer for the Economy section and the Business supplement Negocios. In 2014 he was appointed general editor of Economic news and, in 2015, deputy News Editor of EL PAÍS.


As a business journalist at Cinco Días, Miguel Jiménez covered the wave of privatizations and stock market flotations in Spain, as well as the modernization of the stock market, the growth and explosion of the tech bubble and the expansion and internationalization of Spanish companies. While working on the Economy section at EL PAÍS and its Business supplement, he coordinated coverage of the recession in the wake of the fall of Lehman Brothers 10 years ago, and its consequences, including the Euro crisis, the European bailouts  and the crisis that shook the Spanish financial system. He has interviewed the key players overseeing Spanish economic policy throughout that period, such as Pedro Solbes, Elena Salgado, Luis de Guindos, Cristóbal Montoro and Nadia Calviño, as well as major business figures such as Carlos Slim, Bill Gates and Joe Kaeser. He has regularly covered annual meeting of the International Monetary Fund and the World Bank. Jiménez was also part of the EL PAÍS team that participated in the analysis and publication of the 250,000 State Department classified documents leaked by Wikileaks in 2010 and the Bárcenas papers in 2012.


Ricardo de Querol Alcaraz (Madrid, 1968) has a degree in Information Sciences from the Complutense University of Madrid. He began his career in 1988 on the Madrid section of the newspaper Ya. A year later he joined Diario 16, where he worked as a writer on the sections Cierre, International and Economy, and later as section head of Economy and National news. In 1997 and 1998, he was Chief Editor of the newspaper Tribuna de Salamanca. He returned to Diario 16 as chief writer, where he was in charge of Cierre, Economy and Supplements, before being appointed editor-in-chief.


In January 2002, he was named head of the automotive news section Motor at Cinco Días, where he subsequently served as chief writer for the Weekend edition and on the Cinco Sentidos supplement, until in 2005 he was appointed deputy editor.


In 2006, he joined EL PAÍS as chief writer on the automotive news section Motor as well as special supplements. From 2007 to 2013 he was in charge, as chief writer, of the Society section. Between February 2013 and May 2014, he was chief writer of Mesa Digital, overseeing the newspaper's website. From then until March 2016, he was head of the cultural supplement Babelia, where he revamped content and launched the digital edition. At EL PAÍS he has also been a columnist, television critic and coordinator of the Mujeres blog.


Under his tenure at Cinco Días he has overseen a redesign and revitalization of content in both print and digital editions, within the framework of the EL PAÍS ECONOMÍA project, which got underway in April 2017. Since then, he has also been responsible for EL PAÍS Retina, a new news and information outlet focused on trends, innovation and talent for the digital age.