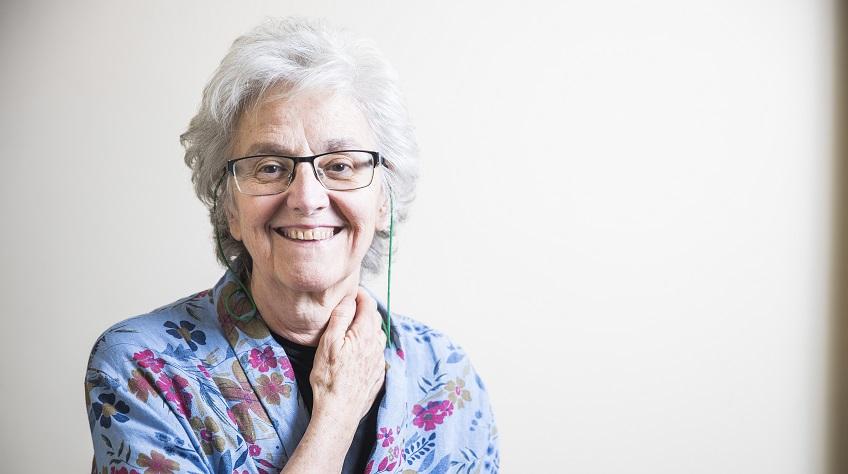 Soledad Gallego-Díaz (Madrid, 1951) has pursued a long and varied career at EL PAÍS for more than four decades. She studied at the Official School of Journalism and her first job was at the agency Pyresa, after which where she began working at Cuadernos para el Diálogo, where she remained until its closure in 1978. She joined EL PAÍS immediately after its founding in 1976  as a collaborator specialized in political news, combining her work, for a time, at Cuadernos para el Diálogo, until she permanently joined the political section of the newspaper. She served as a parliamentary correspondent during key moments of the Transition to democracy. Indeed, it was she, together with Federico Abascal and José Luis Martínez, who obtained and exclusively published the draft of the Spanish Constitution of 1978.

Subsequently, at the end of 1979, she took over the EL PAÍS bureau in Brussels. Her experience in international news was reinforced during with two further top-level appointments to London and Paris.

Back at the EL PAÍS HQ, she was first appointed section director and then deputy editor of the newspaper, a position she held for five years. She later worked as correspondent in New York and Buenos Aires, before returning to the position of deputy editor and being appointed to the ombudsman role of Reader's Editor. She currently writes a weekly Sunday column of political analysis and, since September 2012, she has been a collaborator on the Cadena SER show Hoy por Hoy.

Soledad Gallego-Díaz is widely recognized as one of Spain’s most renowned journalists. She has been honored with many awards throughout her career, including the Salvador de Madariaga Prize, the Margarita Rivière Prize, the Francisco Cerecedo Prize and the Cirilo Rodríguez Prize. Last May, she won the Ortega y Gasset Prize for Lifetime Achievement.

Antonio Caño (Martos, Jaén, 1957) took over the helm EL PAÍS on May 4, 2014. During his tenure, the newspaper has successfully covered major national and international events such as the abdication of King Juan Carlos I, the separatist movement in Catalonia, the bloody jihadist attacks in Paris, London and Barcelona, ​​the electoral triumph of Donald Trump, to name but a few.

In addition, he has overseen the technological transformation and the definitive digital success of the newspaper, which is now undisputed leader among the Spanish-speaking press. With over 100 million unique monthly browsers, EL PAÍS is among the 10 most read newspapers in the world. Also under Caño, the newspaper greatly extended its presence in Latin America, where it has become the newspaper of record in Mexico, Brazil, Argentina and Colombia.

Caño joined EL PAÍS in 1982. He was a correspondent in Mexico and Central America and bureau chief in Washington, a role he held for more than 10 years. In addition, he served as editor of the international section and editor for the Sunday edition, and he headed the Research and Analysis section. Over the course of his professional career, he has covered, among other events, the wars of the Persian Gulf, the Falklands, in Chad and El Salvador, the uprising against Pinochet in Chile, the fall of Sandinismo in Nicaragua and four presidential elections in the United States.

Soledad Gallego-Díaz becomes the sixth editor-in-chief of EL PAÍS. Juan Luis Cebrián held the post from the foundation of the newspaper, in 1976, until 1988. He was replaced by Joaquín Estefanía, who remained at the helm of the newspaper until 1993, the year in which Jesús Ceberio took over the post. In 2006, Javier Moreno was appointed to the job, which he held until May 2014, when Antonio Caño took over.

The Chair of EL PAÍS, Manuel Mirat, paid tribute to the work of Antonio Caño, who headed the newspaper at a particularly challenging time for the exercise of rigorous and reliable journalism, and has expressed his full confidence that Soledad Gallego-Díaz, once ratified as the first woman to hold the post, will successfully face the multiple challenges the newspaper now faces.