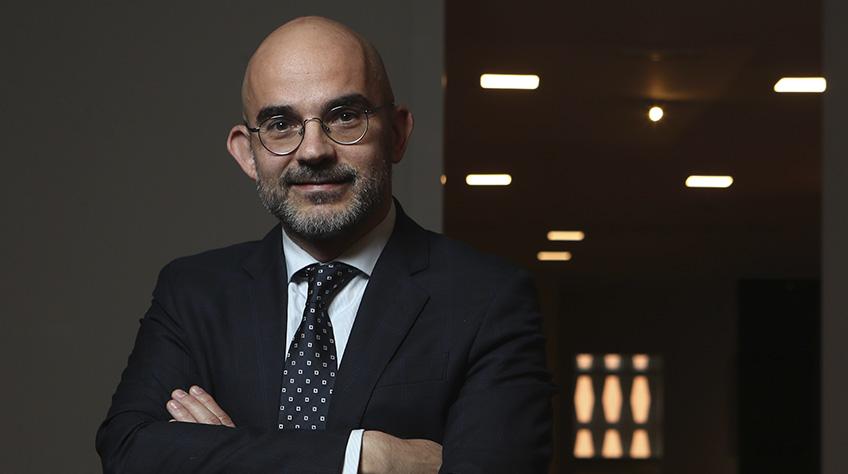 PRISA Media’s executive chairperson, Carlos Núñez, has spoken of new technologies and the future of the sector in an interview with radio station ADN Chile on the occasion of the forum 'Social challenges in Latin America', organized by El País and the Organization of Ibero-American States.

The role of new technologies is and will be crucial in the present and future of the media, said Núñez, who championed the role of quality media in an interview with the PRISA network ADN Chile. "Truthful, independent and verified news and information are to be found in the professional media, delivered by journalists whose job it is to keep us informed," said the executive chair last Monday, October 3.

Núñez also tackled the distinction between quality news channels and other information sources on new platforms "On digital platforms, we must distinguish between those that are media, that is, newsrooms of journalists with journalistic practices, and what are essentially social networks, which though they connect with audiences, do not ‘do’ journalism or filter content," he stated.

The traditional press faces a range of challenges, he said, one of them being the increase in the cost of paper for physical newspapers. This means that a print  newspaper is becoming "almost a luxury product." With regard to radio, he addressed the rise of new formats. “Radio is still very much alive,” said Núñez. "We must continue working on new channels and formats, such as podcasts, which allow new audiences to access content whenever they want," he explained.

Nunezoutlined a "bright future" for those who do journalism and for the brand in the region. "I foresee growth and I believe there is plenty of room for further expansion in Latin America."

Nuñez was speaking in Santiago de Chile on September 30 at the forum  'Social challenges in Latin America'. The event brought together leading figures to address the future of the region. Previously, on Friday,  Núñez had spoken of the company's commitment and efforts not only in Spain, but especially in Latin America, where the company has consolidated and expanded its newsrooms, particularly in Mexico and Colombia. PRISA Media has also increased its number of journalists, correspondents and collaborators in other countries in the region.

The forum Social challenges in Latin America. Reforms, rights and social dialogue in Chile and Latin America, promoted by EL PAÍS and the Organization of Ibero-American States (OEI), with the collaboration of PRISA Media and Ibero Americana Radio Chile, provided an opportunity to rethink ways that might drive progress and growth in the region. The event was attended by leading government figures, including the President of the Republic, Gabriel Boric; the chancellor of Chile and the former president of the Inter-American Commission on Human Rights (IACHR), Antonia Urrejola; the vice president of Colombia, Francia Márquez; and the former president of Uruguay, Pepe Mujica, among other prominent voices.

Among the conclusions of the forum was the need to consolidate a system for cooperation whereby nations can work together towards development and progress, an issue that Carlos Núñez also touched on in his interview with ADN: "Chile has been at the forefront of this wave of change."