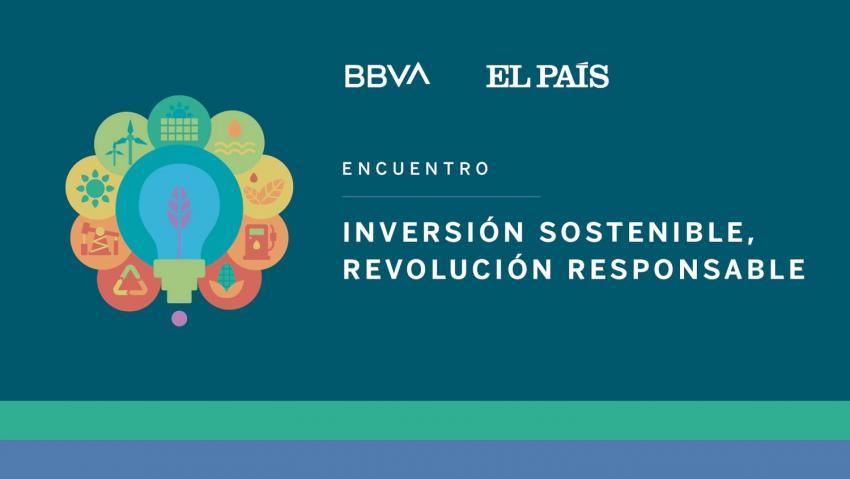 The coronavirus is radically changing the world we live in, causing an undeniable tragedy in terms of lives lost, as well as an economic disaster almost without precedent. Yet the pandemic is also revolutionizing how we work and live our daily lives: it has become a catalyst for technological change and has set new trends in the area of sustainability.

Investors are increasingly targeting, for example, those portfolios that include an ethically responsible investment fund, one that takes into account a range of environmental and social factors, all aimed at making the world a better place.

To explore the current state and, crucially, the future of such investments , EL PAÍS and BBVA brought together a range of experts for the forum Sustainable Investment, Responsible Revolution, held on October 8. Participants included: Norman Loayza, Lead Economist in the Development Research Group at the World Bank; Jaime Martínez, global head of Asset Allocation at BBVA Asset Management; and Javier Garayoa, head of Spainsif, a non-profit association that promotes sustainable investment.

"The pandemic has shown us that cooperation is difficult when everyone faces the same crisis," said Norman Loayza, Lead Economist in the Development Research Group at the World Bank. He explained that collaboration between nations was in short supply back in March as countries competed for health supplies in an effort to slow the spread of the virus. The same thing could easily happen again in the coming months, he warned. “We may well see that again, that’s my biggest worry, when a vaccine is finally found.”

"Equitable distribution is not going to happen unless there is leadership in the world… I see the European Union as one of those leaders who can help with the coordination we’ll need", Loayza stressed. Speaking at the first of a series of events focused on sustainable investment, Loayza, who has a Ph.D in Economics from Harvard University, said that the health crisis had been a setback for the Sustainable Development Goals (SDGs) promoted by United Nations  since 2015. Regions that had made progress in reducing poverty such as Africa, China, India, Southeast Asia and Latin America, could now see their efforts undermined, said Loayza. “The goal for 2030 was to completely eradicate extreme poverty. It is now widely recognized that it will be difficult to do so. It will not be achieved ”, he predicted. It is worth noting that only this week, World Bank president, David Malpass, explained that the economic crisis caused by the pandemic will push between 110 and 150 million people into extreme poverty (with incomes of less than 1.9 dollars a day) over the next year.

Loayza also said that reaching climate change and greenhouse-gas targets may also have been made harder due to certain political decisions and the departure of some countries from key treaties, such as the Paris Agreement. “Without stronger leadership from the most powerful countries in the world, and greater compliance [with the agreements] as in the case of Brazil, which has within its territory an enormous resource – the Amazon rainforest (that belongs to the world) – these targets are not going to be met,” he said. These tensions, he added, are difficult to address because many government lose sight of the environment in their drive to economic growth, as this brings greater political reward. "This myopia is typical of the thinking which sees what happens now as more important than what might happen in the future," he said.

"Sustainable investment is unstoppable," said Jaime Martínez, global head of Asset Allocation at BBVA Asset Management. Citing a survey conducted earlier this year, he revealed that 26% of the assets managed by investment funds in the world already follow sustainability criteria. "Growth has been 20% per year in the last three years," he explained. And the trend will continue to rise. "We’re expecting the figure to reach 95%.  In the future, not being sustainable will be the exception."

Meanwhile,  Javier Garayoa, head of Spainsif, said that sustainable investment is a philosophy that embraces environmental, social and governance criteria in the process of study, analysis and selection of portfolio assets. In Spain, explained Garayoa, this market already accounts for over 191,000 million euros. Previous obstacles (such as lack of information and product development) are no longer significant . "Now is the time for sustainable investment," he said.

The Sustainable Investment, Responsible Revolution forum seeks to foster the conversation on the environmental and social challenges facing the world.