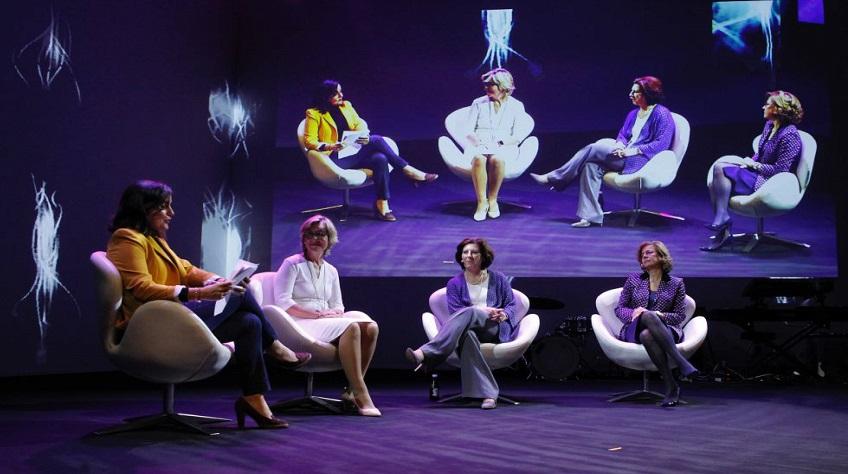 The annual Retina LTD event has fast become the go-to forum on technology and transformation. Most of those attending the largest Spanish-language forum on digital transformation agreed on the need to create better conditions for investment and to make further headway with digitalization before it is too late.

Speakers stressed the urgency of fostering greater diversity on companies’ management boards and work teams, and they remarked on breakneck speed of change sweeping sectors such as urbanism, transport, payment methods and industry. Retina LTD is organized by EL PAÍS RETINA, with the collaboration of Telefónica and Banco Santander as promoters, and Google. The event this year also welcomed partners Abertis, Accenture, Amadeus, HP, MasterCard, Renfe and Madrid City Council.

Among those highlighting the shortfalls and challenges of the Spanish tech sector were Juan de Antonio, CEO and co-founder of Cabify; and Oscar Pierre, CEO and co-founder of Glovo. Both platforms are maintaining steady growth and are optimistic about the future, although their opinions differed when it came to Spain. "The largest listed companies are in the technology sector," De Antonio said. "They’re worth more than the most valuable companies ten years ago because the world has lived through a revolution. But in Spain, we have been left behind.”

Pierre highlighted the "legal uncertainty" that exists in our country. "There’s still an indecisive regulatory framework," he said. So, what is the future of such industries and those set to follow them? As the founder of Glovo, Pierre spends most of his time looking for capital and, he said, most of it comes from outside. "It's something that comes up in all our conversations: there’s a concern about the regulatory volatility here," Pierre said.

"Although there are clear opportunities, Spain is not faring too well in this revolution," acknowledged Carlos Gallego, CEO of Accenture and responsible for Industry X.0 for Spain, Portugal and Israel. He explained that, according to a report by his firm, Spain ranks eleventh among the 14 countries where they analyzed the level of industrial digitalization.

But not everyone agreed. Antonio Moreno, president of Alstom in Spain, qualified this pessimistic analysis. In his opinion, the situation in Spain isn’t as bad as some make

out and, when it comes to the digital transformation of the industrial sector, the country scores in line with the European average. Although we can’t afford to rest on our laurels, he cautioned, as this is a key sector for the Spanish economy. The data confirm this. “12% of the active population works in the industry. It accounts for 50% of exports; it is a critical sector in the stability of the country,” he explained.

For Nicolás de Abajo, global head of ArcelorMittal's global R&D centers, talking about transformation is talking about investment; there’s no innovation without investment. “47% of manufacturing investment comes from China. Spain does not have the weight that it should have: it is the seventh-ranking country in this regard. And we cannot afford to be left behind.”

This is an ever-changing environment, explained Mohammad Ehteshami, vice president of GE Additive, well versed on what is set to revolutionize the industry: 3D printing. “The disruption ahead won’t come from printing in plastic as we know it, but rather from metal,” explained this expert. "Thanks to this technology, a turbine goes from being composed of 855 different pieces to needing only 12 and its weight is reduced by 5%. The impact of these changes is astounding if we look at it on an industrial scale,” added Ehteshami.