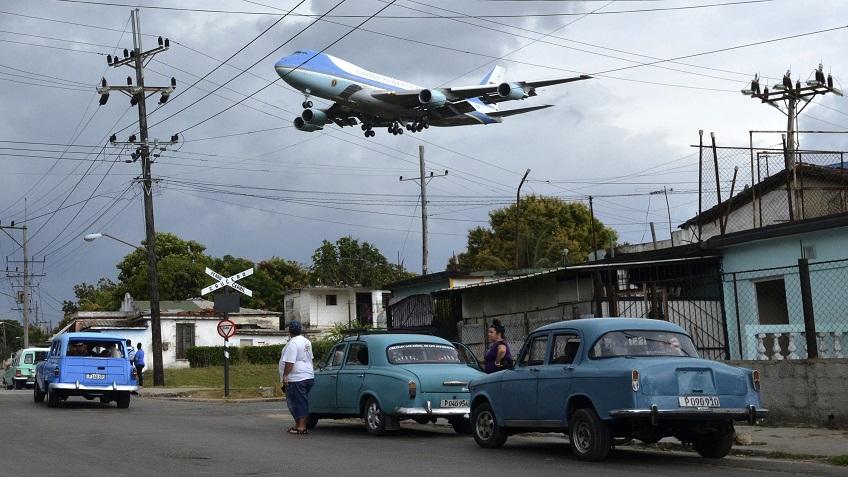 A journalistic investigation into the child abuse at schools in Barcelona, a multimedia report on the tourist cruise business, and a photo showing the arrival of Air Force One in Cuba are the winners of the thirty-fourth edition of the Ortega y Gasset Awards for Journalism – given every year by EL PAÍS. Guillem Sánchez, Jesus G. Albalat and María Jesús Ibáñez (El Periódico de Catalunya), Ronny Rojas and Maye Primera (Univision Noticias), the photographer Yander Alberto Zamora, and journalist Alma Guillermoprieto were all honored with the most prestigious awards in journalism for work in Spanish-language media.

The winning entry in the category of Best Report or Investigative Journalism went to the series of reports published by El Periódico de Catalunya on cases of child sexual abuse at schools in Barcelona.The investigation uncovered allegations from more than 40 victims. The jury lauded the work, saying that it  "fulfills one of the main goals of journalism: to serve society. The tenacity and follow-up by the newsroom encouraged the victims, who for decades quietly carried their burden, to tell their stories and form bonds with each other."

The jury also agreed to make a special mention of Carles Porta and José Ángel Esteban, for  Le llamaban Padre (He was called Father), an audio series of reports on a case of child abuse published on Podium Podcast .

(Holidays in no man’s waters), by Univision Noticias. This was an investigation into the multibillion-dollar cruise industry, one of the least regulated sectors in the US and which hides itself behind the laws of tax havens. The report looks at the three companies that account for 80% of the world cruise market and which transport up to 18 million passengers a year, taking advantage of the lack of environmental controls, avoiding taxes and circumventing labor law. The jury highlighted "the originality of the subject and the ambitious scope of the coverage, which embraces multiple narratives such as video, interactive computer graphics and text."

In the category of Best Photo, the prize went to Yander Alberto Zamora for his photograph of Air Force One flying over houses in Havana in March 2016. The image was published by Reuters. The jury described the photo as "pure photojournalism that captured the moment."

The Lifetime Achievement award was won by journalist and writer Alma Guillermoprieto (Mexico City, 1949). Her career in journalism began in the mid-1970s at The Guardian and The Washington Post. In the eighties, she was Newsweek’s newsroom head for South America. In the following decade she began writing stories for the magazines The New Yorker and The New York Review of Books. The jury praised Guillermoprieto for making Mexican journalism truly international in scope, "and for managing to convey the complexities of Latin American reality, in general, and of her country, in particular."

The jury for this year’s awards was chaired by the President of the CNIO, María Blasco, and made up of: the writer and academic Jose Alvarez Junco; the academic of the Royal Spanish Academy, Inés Fernández-Ordoñez; actress and singer, Leonor Watling; journalist Fran Llorente; the Secretary General of the Ibero-American Conference, Rebeca Grynspan (who joined proceedings by telephone), Juan Luis Cebrián, president of EL PAÍS; Antonio Caño, editor-in-chief of EL PAÍS; Javier Moreno, editorial director of PRISA; and Joaquín Estefanía and Jesús Ceberio, former editors of EL PAÍS. Pedro Zuazua, chief communications officer of Prisa Noticias, was jury secretary, without voting rights.

The Ortega y Gasset Prizes for Journalism were created in 1984 by the newspaper El País, and are named after the Spanish philosopher and journalist José Ortega y Gasset. The prizes honor work published in Spanish-language media worldwide, recognizing, in particular, work that champions human rights, independence and rigor: in short all the hallmarks of excellent journalism.

Each award is worth 15,000 euros in prize money and is accompanied by a commemorative sculpture by Eduardo Chillida.The awards are open to written or graphic work published in Spanish-language media worldwide.

The awards will be presented on Wednesday, May 11, at CaixaForum Madrid.