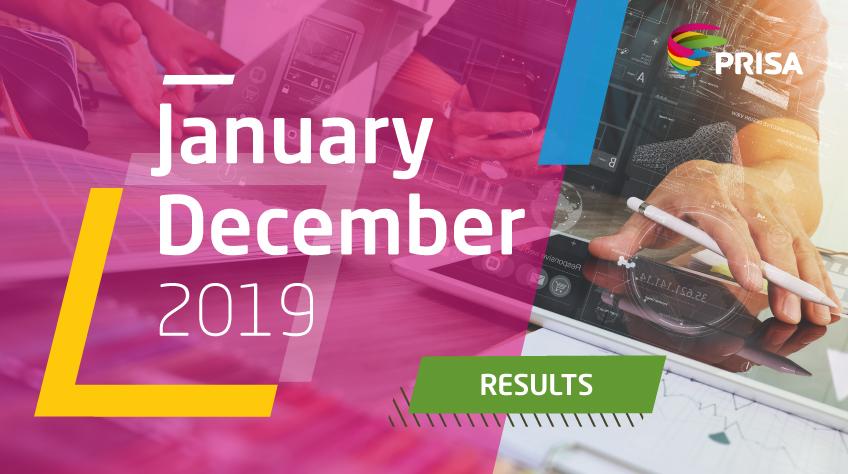 PRISA has had a positive year in 2019. Not only has it fulfilled each and every one of the financial objectives to which it had committed itself to investors, but, thanks to improvements in efficiency across the Group as a whole, it has registered robust performance for its most important markets and businesses, despite macroeconomic difficulties in some regions.

The Group has continued to focus on deleveraging (the sale of Media Capital), profitable growth, the creation of shareholder value (the purchase of 25% of Santillana from minority shareholders) and cash generation. In addition, it has kept a pace with the unstoppable process of digitalization, which is beginning to bear fruit, most notably in the fields of Education and Press.

Commitment to digitalization and subscription models

Santillana has played a key role in the process of technological transformation of education systems in those countries where it operates through the implementation and development of digital learning systems structured on a technological platform that is scalable to any user in any region. It provides a comprehensive service aimed at schools, teachers and students, which incorporates technology, training and guidance.

Learning systems accounted for 23% of Santillana's total income in 2019 and 40% of total private-sector education revenue in Latin America. Santillana is the only operator that has developed such learning systems outside Brazil and is present in 15 countries – testament to PRISA's high degree of commitment to the societies in which it operates.

With regard to Press, PRISA has the world’s largest global news platform in Spanish – with 131 million unique browsers in Spain and Latin America for its main brands, EL PAÍS and AS. In recent years, the company has moved towards a growing and scalable digital business model, whose first step has been growth and consolidating an audience lead and the rapid increase of digital advertising, which has now overtaken traditional advertising.

The next step in this digital strategy is fostering greater audience loyalty and the creation of a business model involving them that goes beyond advertising to payment for content. To this end, registration for EL PAÍS was rolled out on July 24, and this has been extraordinarily successful. Currently, there are approximately one million registered unique browsers, who account for 15% of total page views. EL PAÍS ranks number one for news websites in Spanish and is in fifth place overall, worldwide (excluding Chinese and Indian newspapers).

PRISA has closed 2019 with an EBITDA of 242 million euros, which represents an increase of 8% (of 12% in constant currency) compared to 2018. Revenues totaled 1,095.5 million and remain stable compared to 2018 (a 1.9% increase in constant currency). Exchange rates had a negative effect of EUR 24.1 million on revenue and of EUR 9.8 million on EBITDA.

The Group's net bank debt as of December 31, 2019 stood at 1,061 million euros, with an operating cash flow for the year of 18 million euros. The net result for the year shows losses of 182.3 million, which represents an improvement of 32.3% compared to the losses of 269.3 million recorded in 2018. The net result has been affected by the discontinuity of the Media Capital business, impairment losses and the extraordinary provision of 51 million in the dispute with Mediapro.

The General Meeting of Shareholders of PRISA has just approved the sale of Media Capital to the Portuguese firm Cofina. Funds from the sale of this asset are expected for the first quarter of 2020. The asset is recorded as a discontinued operation.

Santillana’s chief goal is to accelerate the transformation and growth of learning systems, taking full advantage of its unquestionable leadership in Latin America. This new business model of digital learning systems offers more reliable revenue streams, with contracts signed for an average term of between three and four years and an income per student of that is well above the average revenue per student under the traditional model The average renewal rate for these systems is 86%, with an EBITDA margin above 30%, again, higher than that of traditional education.

EBITDA for Radio remains in line with the previous year – 63.3 million euros in 2019 compared to 64.2 million euros in 2018. These results have been affected by a difficult macroeconomic environment in Latin America, as well as by an unfavorable comparison if we take into account the positive impact that both the World Cup and the elections held in 2018 had on an advertising. Without these impacts, EBITDA is actually up by 3.5%.

Advertising revenues are up in the most important markets. For example, in Spain growth is 2%, while in Colombia the figure is 4%. With regard to audience figures, PRISA Radio continues to hold its lead in Spain, Colombia and Chile, while it ranks in second place in Mexico.

PRISA Radio is the largest radio group in Spanish with a presence in 10 countries, more than 21 million listeners and 51 million unique browsers. Its goal is to become the largest producer and distributor of audio in Spanish.

Digital advertising reported an increase of 9% and now accounts for 31% of Press revenues, and 57% of total advertising revenues. Circulation margins improved by 22%, as a result of the agreements and efficiency measures reached in 2018.