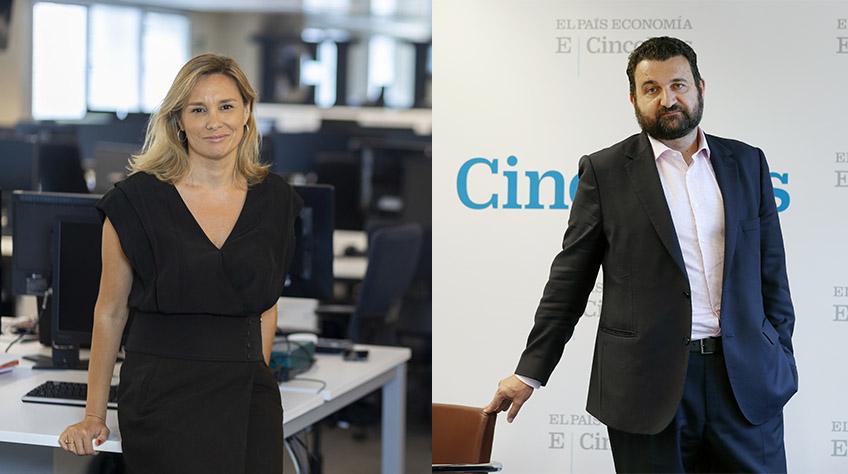 PRISA Media has undertaken a thorough reorganization of its business and finance news divisions in a move that will see it strengthening its coverage in this key area, both in Spain as well as in the United States and Latin America. The goal is to better cater to the needs of readers when it comes to key issues in the worlds of business, finance and the economy. The new structure faces the immediate challenge of reporting on a landscape shaken by uncertainty after the rise in energy prices and the surge in inflation caused by the war in Ukraine.

The EL PAÍS Economía and Cinco Días teams, composed of highly specialized journalists across all sectors, will now join forces to offer the most rigorous and competitive news on economic affairs available. Both titles will maintain their unique brands and content offer, both in digital and print editions, but from now on their journalists in Spain and in the rest of the world will work in a coordinated manner to consolidate their media outlets’ respective positions as the gold standard when it comes to offering the public quality journalism and news from the business world. In addition to the Spanish market, EL PAÍS Economía and Cinco Días also report from the other side of the Atlantic, taking advantage of the solid presence of their digital editions in the Americas.

PRISA Media’s endeavors will be led by Amanda Mars (Castellón de la Plana, 1979), who’s set to head the teams at both EL PAÍS Economía  – in the position of managing editor – and at the newspaper Cinco Días, where she’ll be replacing Jose Antonio Vega. Linked to EL PAÍS since 2006, Mars has worked as a reporter and deputy editor of the Economy section, was the paper’s New York and Washington correspondent for seven years and represented the newspaper’s bureau in the United States from 2018 until last April. She had previously worked at the Gaceta de los Negocios and at the Europa Press agency, where she began her professional career. As set out in the editorial statutes of EL PAÍS, the appointment of Mars as managing editor was submitted to a consultative vote.

She will be working alongside the journalist Daniel Toledo, who joins PRISA Media as managing editor of Cinco Días. Toledo (Madrid, 1975) was the chief editor of the business and finance newspaper La Información until last August. Previously he was in charge of Economy and Business at El Confidencial. He will share responsibilities with fellow managing editor of Cinco Días, Nuño Rodrigo. Meanwhile, Jesús Sérvulo González will continue as editor-in-chief of the Economy section of EL PAÍS, with Lluís Pellicer as section head.

José Antonio Vega (Gáname de Sayago, Zamora, 1962) had been at the helm of Cinco Días since 2020, a newspaper in which he had developed the bulk of his professional career and of which he has also been managing editor and assistant managing editor, among other posts. Vega will continue to work for the newspaper as a columnist.

Additionally, PRISA Media will promote greater collaboration between the Economy teams of Cadena Ser, headed by Javier Ruiz, and EL PAÍS and Cinco Días, in a move that will reinforce the group’s position as the  leading publisher of business and finance news.