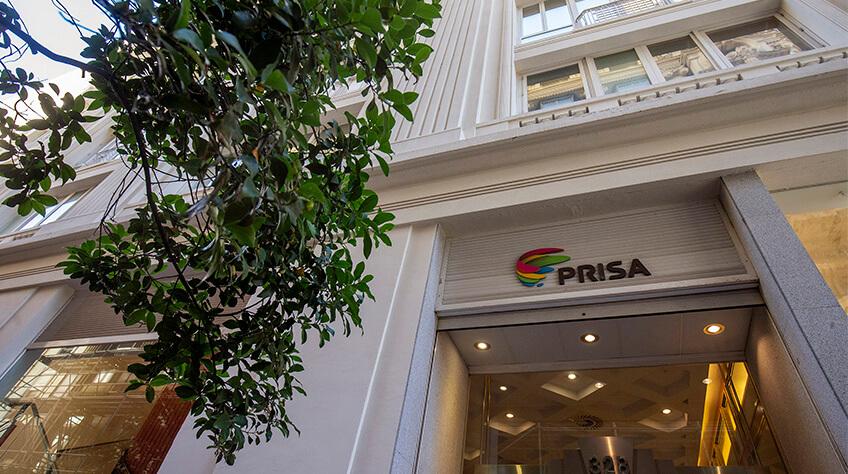 PRISA’s Board of Directors has today co-opted Javier Santiso and Rosauro Varo as independent directors to replace Javier Monzón and Sonia Dulá. Their appointments were approved after being duly proposed by the Appointments, Remuneration and Corporate Governance Committee (CNRGC). The Board also agreed to appoint Béatrice de Clermont-Tonnerre as Coordinating Director.

These appointments have been accompanied by further changes to the different committees of the Board of Directors. Javier Santiso and Béatrice de Clermont-Tonnerre now join the Executive Committee, which will be chaired by Joseph Oughourlian – until a new Chairman of the Board of Directors is appointed. Thus, the Executive Committee is made up of Joseph Oughourlian, Manuel Mirat, Manuel Polanco, Javier de Jaime, Béatrice de Clermont-Tonnerre and Javier Santiso.

The Audit, Risks and Compliance Committee will continue to be chaired by Dominique D'Hinnin and will include Rosauro Varo, María Teresa Ballester and Amber Capital UK (represented by Fernando Martínez) as members.

The track records and experience of both Javier Santiso and Rosauro Varo clearly match the new criteria as set out by Appointments, Remuneration and Corporate Governance Committee. Both bring the professional and personal skills required by the Board of Directors, especially with regard to digital transformation, entrepreneurship, generational renewal and active participation in the field of culture.

The decisions of the Board of Directors also further the aims of Good Governance practices, empowering independents and women: Béatrice de Clermont-Tonnerre has been appointed to a key position, Coordinating Director. Likewise, the Board has agreed to initiate the succession plan for the Chairman, within the formal and orderly process as set out by of the company.

The Board of Directors paid tribute to the work of Javier Monzón and Sonia Dulá during their tenures.

Profiles of the new directors

Javier Santiso is a member of the Board of Directors of Fnac Darty, in Paris, and CEO of Mundi Ventures, a venture capital fund that invests in Europe, Israel and the United States. In total, he has invested successfully in four so-called unicorns. He is also a writer and editor, and as a publisher, has published many books, including more than thirty books on art and poetry.

A Spanish and French national, Javier Santiso has a solid career track record in the corporate world, in banking, asset management and in corporations. He landed in Spain via BBVA in the early 2000s. Subsequently, he was Director and Chief Economist of the OECD, an international organization based in Paris – and he was the youngest senior manager in the organization's history to date.

Subsequently, he worked at Telefónica as head of Amerigo venture capital funds, and oversaw Wayra, Talentum, and a range of other corporate transformation initiatives. In 2015, he was appointed CEO for Europe of the Malaysian sovereign wealth fund, Khazanah, investor in technology companies such as Alibaba and Palantir. In Europe, it has invested in various technological unicorns such as Farfetch (London), Auto1 (Berlin), and Skyscanner (Edinburgh).

He was also on the Board of Directors of the Asian telecommunications company, Axiata Digital. He now runs the venture capital fund Mundi Ventures, which manages 200 million euros. Mundi Ventures has invested in unicorns such as Wefox (Berlin), and investment companies with social and environmental impact such as Clarity.ai (New York), Submer (Barcelona), Acurable (London) and Kovrr (Tel Aviv). Mundi Ventures has offices and a presence in Madrid, Barcelona, ​​London and Tel Aviv.

He is also a writer and editor. He has published several novels, short stories, and poetry books. In 2020, he published Un sol de pulpa negra, with the publishing house Franz Ediciones, a novel in which he collaborated with the Iranian artist Shirin Salehi. In 2021 he will publish Vivir con el corazón (Madrid, La Huerta Grande), a novel that follows the life of the painter Vincent Van Gogh. As a publisher, he has also published works on art and poetry, including poets such as the Cervantes Prize winner Joan Margarit, the Syrian writer Maram al Masri, and the French writer Christian Bobin.

His other great passion is painting, and he has worked alongside artists such as Paula Rego, Etel Adnan, Soledad Sevilla, Anselm Kiefer, Jaume Plensa, Carlos León, Rafael Canogar and Juan Uslé. He currently has projects with the Dutch-based painter Lita Cabellut, with whom he will publish – in 2021 – (A) Mar an artist's book published by La Barraka. He also has several projects with the sculptor Cristina Almodóvar, and with the painters Charles Villeneuve, Jerónimo Elespe and Miguel Tadeo.

Finally, he has translated into Spanish a number of poets including Christian Bobin, Lucien Becker, Etel Adnan, Anise Koltz, and Pascal Quignard. He features monthly in Naderías in Harper's Bazaar magazine, and in the past he collaborated as a columnist for EL PAÍS.

Rosauro Varo has a degree in Law from the University of Seville and has been successfully forging a career in business and entrepreneurship for 20 years. He now oversees his range of business initiatives through GAT Inversiones, of which he is Chair. He is also currently a member of the Board of Directors of the business association Círculo de Empresarios del Sur de España (CESUR).

Varo was previously deputy chair of the telecommunications company PepePhone and a member of various Boards of Directors, including El León de El Español Publicaciones, SA, the publishing company behind digital newspaper El Español and the business and finance portal Invertia. He’s a lecturer for the Masters in Finance and Banking at the Pablo Olavide University of Seville and the Senior Management Program of Leading Companies and Institutions of the San Telmo Business School, where he addresses subjects such as business mergers and acquisitions as well as the digital economy.

He channels his social commitment through the ALALÁ Foundation, which sets the standard for the development of social integration projects for the disadvantaged in southern Spain.