More than 250,000 subscribers are testament to the success of EL PAÍS’s formula of quality journalism 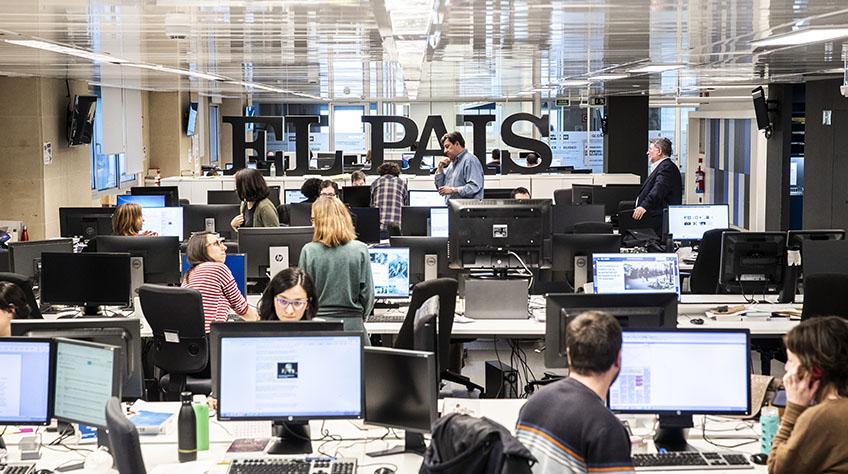 Just two and a half years after the launch of its digital subscription model, EL PAÍS has clocked up over 250,000 subscribers, a figure that confirms the success of the newspaper’s commitment to quality journalism. It’s a winning formula embraced by other major international media, and the robust figure clearly endorses the strategy adopted by EL PAÍS. For the most influential Spanish-speaking newspaper in the world, it is a milestone in its transformation and sustainability, and comes at a decisive moment for the future of journalism in which subscribers are becoming the foundation on which to cement the future of the press worldwide.

After a period of unprecedented growth, last Friday EL PAÍS surpassed the figure of 214,000 exclusively digital subscribers, to which must be added 33,000 subscribers to the print edition (most of whom also access the digital edition included in their subscription) and close to 7,000 subscribers to the PDF version of the newspaper. In total, that’s more than 254,000 readers. The outbreak of the war in Ukraine at the end of February of this year and the intense coverage on the ground by the newspaper’s ten special envoys, together with changes to the payment model a few weeks before, greatly accelerated the number of new subscriptions that had already been building over the previous months

Carlos Núñez, executive chairperson of PRISA Media and chair and CEO of EL PAÍS, highlighted that this growth was "well above the average in Spain and even amongmajor international newspapers, just two years after the launch of the paywall", adding that the goal is to have "at least'' 450,000 subscribers by 2025. "We will get there with the support of the 400 journalists who make up the newsroom and who are committed to clear rules that ensure rigor and transparency." For Núñez, there are three keys: the first, the journalistic product. "If it’s not quality, nobody’s going to pay"; secondly, what he called the industrialization of the subscriber management process; and thirdly, a positive user experience without advertising saturation.

The past three decades have been challenging for most of the media. The economic model on which they were based, fundamentally advertising and the sale of copies in the case of printed newspapers, began to break down around 2008. Since then, there have been major changes across the sector, some directly impacting the business, such as the disappearance of newspaper classified ads, for example, others altering  the public’s news consumption habits - the popularization of smartphones - and, perhaps most seriously, a proliferation of media that has contributed to the deterioration of democracies, social polarization and the loss of credibility of the media, with social networks playing a determining role. However, today subscriber communities are the foundations on which to cement the future of journalism, in partnership withquality titles, with whom they share core  values.

In Spain, the traditional newspapers were, initially, slow to adapt. EL PAÍS launched its paywall in May 2020, El Mundo six months earlier, and many Vocento newspapers a little before that. La Vanguardia did so in October 2020 and eldiario.es, a digital native medium, had already been launched with a system of sponsors who paid for content even though the website was open and free. Industry data shows that no newspaper except EL PAÍS has more than 100,000 digital subscribers. Indeed, almost all of them are still far from that figure and, as explained by the heads of different media, the pace has stalled in recent months.

When the media industry talks about subscriptions, the same newspaper immediately comes to mind: The New York Times. Mark Thompson, a British executive from the BBC, took over in 2012. The newspaper then had half a million subscribers. When he left the newspaper in 2020, it was close to reaching six million. In France, meanwhile, after more than a decade charging for content, Le Monde has 465,000 digital subscribers, and its rivals, Le Figaro and Mediapart, have around 200,000 each.

Beyond the mere numbers, there is one common denominator: all are well aware that the only way to ensure success is by investing in quality content, by investing in journalism and in journalists. EL PAÍS, like other major international media, has also spent many years investing in a process of digital transformation, adapting to the changing times. After trialling different formulas, it came to realize that successful models are built on subscribers and on content that sets itself apart from that of competitors and that offers added value.  It discovered that the readers lost by the print edition could be replaced by millions of new readers around the world and, in short, 250,000 subscribers.

The newspaper, founded in 1976, is now moreglobal in outlook and reach than ever, with a network of correspondents that has remained intact even as new newsrooms have been set up in Mexico and Colombia. Coverage from the United States has been reinforced. At a key moment, EL PAÍS also has the largest team of science journalists in its history, with specialists in new narratives and visualization, climate change experts, eleven professionals in the audio department, an expanding audiovisual strategy, more than 40 high-quality newsletters and, in short, the largest newsroom in Spain.

Editor-in-chief, Pepa Bueno, summed things up: "The fact that we reached this milestone means that it actually is possible. We are building a community that is concerned about the same things that we are. Readers are engaged by the same things that we are working on. For example, the challenges facing young people. And we're reaching more readers in the Americas. Readers  also want to participate, and we're learning alongside them. For too many years our relationship had been one-way". The EL PAÍS chief editoralso expressed concern at current levels of polarization: "The lack of consensus on reality is very dangerous, and we have our work cut out for us there. Journalism is essential for democracy. I'm convinced that we need newsrooms that are large enough to allow for slow, considered,  demanding journalism work to be done. And that’s why we need to continue growing in subscriber numbers."

The launch of the EL PAÍS digital subscription model in 2020 came at a time of unprecedented demand for quality journalism, with the newspaper mobilizing all its resources to cover two major, unfolding events: first a devastating pandemic, and then a war in Europe with a global impact.  Both events tested the credibility of the media, at a time when there were those who sought to confuse and intoxicate the public. EL PAÍS's tireless efforts to explain the world and be useful to readers is almost certainly behind the successful milestone figure of those 250,000 subscribers.